Inishowen Physiotherapy & Sports Injury Clinic is run by Dermot Simpson. As well as having an honours undergraduate Physiotherapy degree, Dermot completed his Masters in Sports Physiotherapy in 2014. His research topic was ‘Hamstring Injury Risk Factors in Elite Gaelic Football Players’. He presented the findings of this study at a Barcelona FC “Hamstring Injury’ conference at the Nou Camp in October 2014. 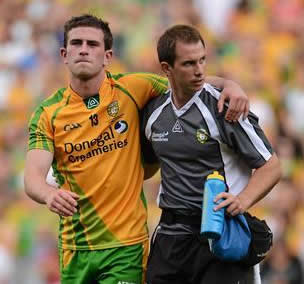 Dermot was the team physiotherapist for the Donegal Senior Football Team from 2011 until 2015. He was involved with the team during a very successful period, winning two Ulster titles and one All-Ireland title since 2012. Dermot was also Donegal Minor Physiotherapist in 2012. Dermot has completed qualifications in Travell and Simon’s trigger point dry needling, myofascial trigger point therapy, lumbar spine, shoulder tendinopathy and kinesio tape application as well as attending numerous medical conferences in Ireland, Australia, Qatar, Scotland & England .

Dermot has a keen interest in sports injuries, with high-level sporting experience in Gaelic football, soccer and tennis where he has won county, Ulster and all Ireland titles.

Aside from sports injuries, Dermot has always had a passion for the treatment of musculoskeletal pain and his empathetic and thorough approach to treatment allows patients to recover and return to full function as quickly as possible. 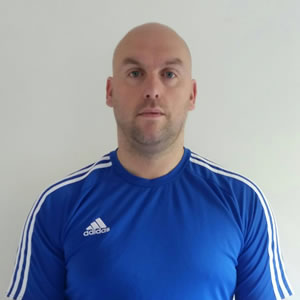 Damien graduated from Jordanstown on 2013 with a BSc Hons in physiotherapy. Since graduating Damien has worked mainly in the private sector and sporting environment. However alongside this he has worked in the National Health Service in Northern Ireland within the orthopaedic ICATS service, dealing with common joint and muscle pain both acute and chronic.

Along with his experience in common musculoskeletal conditions he has gained wide experience within the sporting setting. He completed a 2 year sports internship with Armagh GAA from 2014- 2016. Teams that he has worked with include both club and county teams within the GAA ranging from minor to senior.  He has also worked with the IFA in both men’s and ladies football ranging from their regional development teams up to U19 international squad. Other sports that he has worked with on a regular basis involve gymnastics, kayaking, Rugby, martial arts and Crossfit.

Since qualifying he has completed a wide range of CPD training. 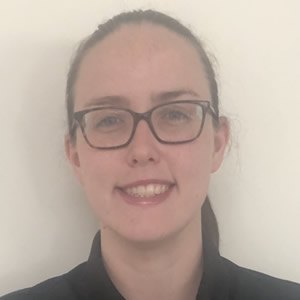 Emer graduated with an honours degree in physiotherapy from the Royal College of Surgeons in Ireland. While completing her degree, Emer participated in the RCSI Research Summer School. During which time, she worked alongside expert physiotherapists in the Gait Laboratory of the Central Remedial Clinic in Clontarf. Emer presented the results of the study at the ICHAMS conference and the RCSI annual research day. The study was later published in the Gait and Posture journal – Daly C, Lafferty E, Joyce M, Malone A (2019) “Determining the most effective gluteal muscle activation exercise in children with cerebral palsy using surface electromyography”. Emer also has a BSc honours degree in biomedical science from Maynooth University.

Currently, a member of the Irish Society of Chartered Physiotherapists and CORU registered.

Since qualifying Emer has worked with her local GAA club and in private practice. To further advance her knowledge and skills Emer has completed the following CPD training,

Personal Interests
Emer is an avid sports fan, particularly GAA and soccer. She has played ladies Gaelic football for both RCSI and Maynooth University at collegiate level, winning the Moynihan and the Giles cups respectively. Emer also has a keen interest in Strength & Conditioning. She enjoys attending the GYM and is also an associate member of the UK Strength and Conditioning Association.